Future Job Demand - Up Through Year 2026

Which Jobs Have Been Growing,
Which Jobs Are Shrinking,
HIghest Paying Jobs,
Which Jobs Will Have Strong Demand in the Future

Here are the jobs expected to grow the fastest between 2016 and 2026. This data was published by the Bureau of Labor in Oct 2017.

Notice that solar panel installers show the most growth.

This is out of some 900 job titles. So any job on this chart should be OK for the next few years.

My favorites for long term growth are still healthcare and tech jobs. 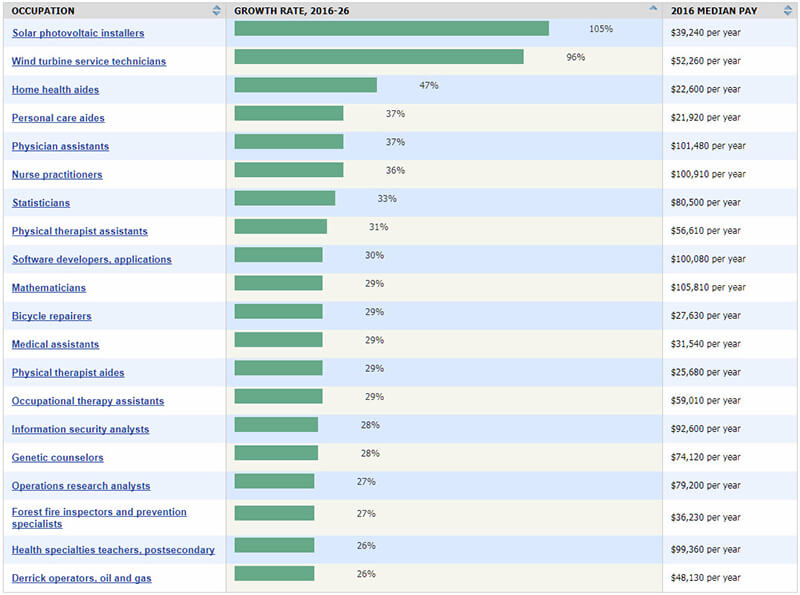 This chart shows where the most new jobs will be added. Its the volume.

The most new jobs will be added in Personal Care Aides and Food Prep Workers, but these are extremely low pay. $20,000 per year in most places in the US is not a sustainable wage. It's poverty level.

But there are some areas of job growth with very good salaries. We can add Operations Managers, to Software and Nursing. 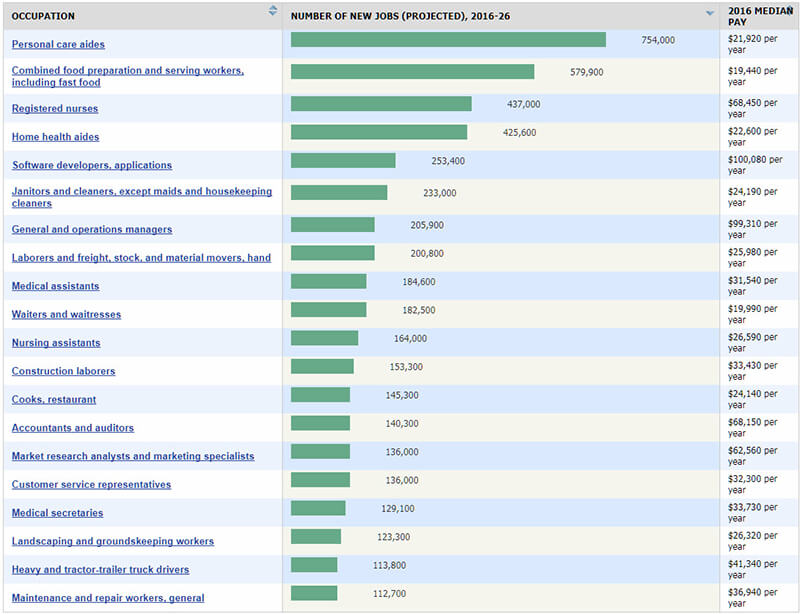 Here are the highest paying jobs. Notice its mostly medical jobs, followed by CEOs and tech. 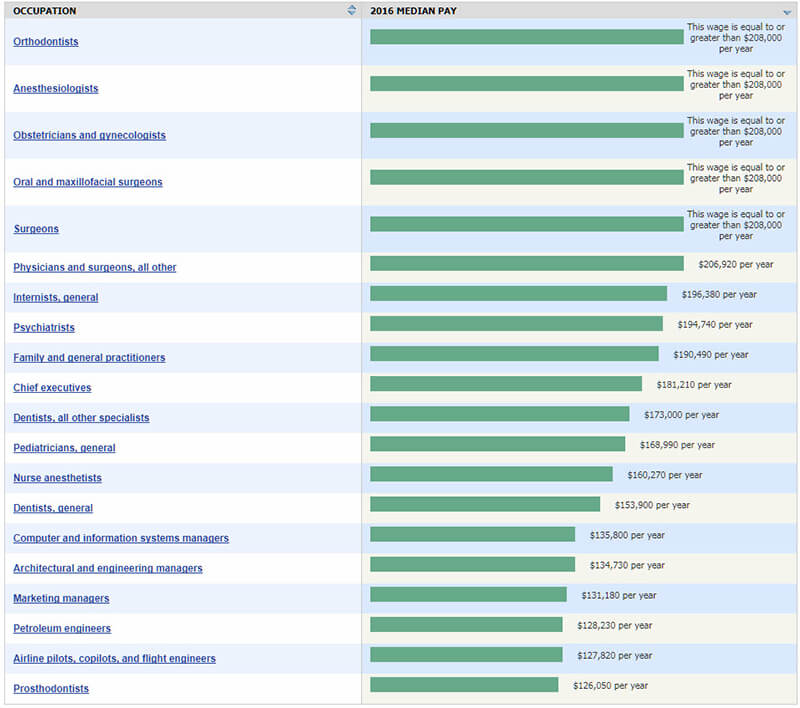 Job data provided courtesy of the US Bureau of Labor Statistics.