Richard "Dick" Knowdell is known around the world for his training and certification of career coaches, and for his fun and easy to use Career Card Sort Decks. Plus, his own career is very interesting. Dick told me that he has personally worked in xx different career fields.

When I first met Dick, it was at a birthday party for our mutual friend, Dick Bolles, author of "What Color Is Your Parachute." Since then I have had the pleasure of attending one of Dick's career coach certification classes as well as working with him in developing the online versions of his popular Card Sort series. 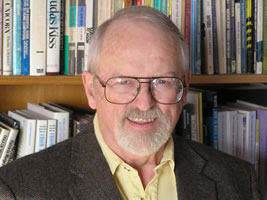 As a young man, Dick joined the US Air Force where he: designed and published a newsletter for US Air Force hospital personnel; Organized and ran a US Air Force medical school study group; and developed and taught an orientation course for newly assigned US Air Force Reserve personnel.

After serving his country, Dick went on to earn his Masters in Psychology.

Then, at age 36, Dick formed his own company to provide private career counseling to adults. His private practice lasted more than 35 years.

In his early 40's Dick established one of the first successful organizational career development programs as well as establishing a successful Employee Assistance Program (EAP).

At age 45 he started a mail order business selling his books and card sorts to other career practitioners.

At age 58 Dick Knowdell was appointed by President Bill Clinton to the Board of Examiners of the United States Foreign Service. A position which Dick held for 8 years.

Between ages 50 and 70, Dick accomplished many things including:

In his 70's Dick simplified his work load to do the things he loves the most. He loves standing up in front of a classroom, and leading and teaching career coaches.

When I met Dick, he was on his way to teach career coaching in Shanghai and Beijing. Then he came back to the US and taught career coaches on US military bases so they could better serve the soldiers returning from the Afghanistan. Later in the year Dick was emailing me from South Korea where he was again teaching.

© Copyright 1997-2016, CAREERPLANNER.COM ® Inc. All Rights Reserved
Newsletter Sign Up | About Us | Press Room | Contact Us | Privacy Policy | Refund Policy
Career Advice & Articles | Links to Career Sites | Linking To Us | Quote of The Day | Site Map
List of Careers | Career Videos | Outlook for Careers | List of Jobs | RSS
List of Skills | Career Testing for Your School or Organization
Offer Our Assessments To Your Clients | The Generations
Michael T Robinson